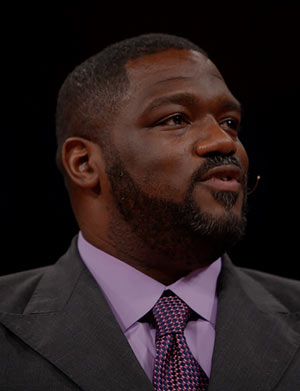 Dr. Voddie Baucham, Jr. commands one of the biggest voices of the 21st century—literally! His deep, booming voice serves as Genesis’ unseen narrator whose vocal presence gives the visual images deeper meaning and life. Outside the movie as one of America’s leading theologians emphasizing Cultural Apologetics, Dr. Baucham’s rich, theological background makes him an even bigger voice for this movie’s message. His unusual, intellectual journey to faith allows him to understand what it means to be a skeptic and as a result, he speaks to them in ways few Bible teachers can.

Wearing many hats, Dr. Baucham serves as author, professor, conference speaker, pastor, and most recently as Seminary Dean for African Christian University in Lusaka, Zambia. Voddie and his wife, Bridget married in 1989 and are committed home educators for their nine children. In his spare time, Baucham does martial arts and in 2014, won the Pan American Championship title.

Dr. John Baumgardner holds a Ph.D. in geophysics and space physics from UCLA and worked at Los Alamos National Laboratory in computational physics research during most of his scientific career. Since the early 1980’s he has undertaken most of the primary research undergirding the concept of catastrophic plate tectonics in connection with Noah’s Flood. Beginning in 1997 he served on the Radioisotopes and the Age of the Earth (RATE) team that documented multiple independent lines of radioisotope evidence that the earth is thousands, not billions, of years old. Since 2005 he has been part of a small team that has developed Mendel’s Accountant, a computer model for exploring key topics population genetics relating to the origin and history of life. Dr. Baumgardner currently serves as a senior research associate with Logos Research Associates based in Santa Ana, California, and teaches science apologetics courses at Southern California Seminary in the San Diego area. 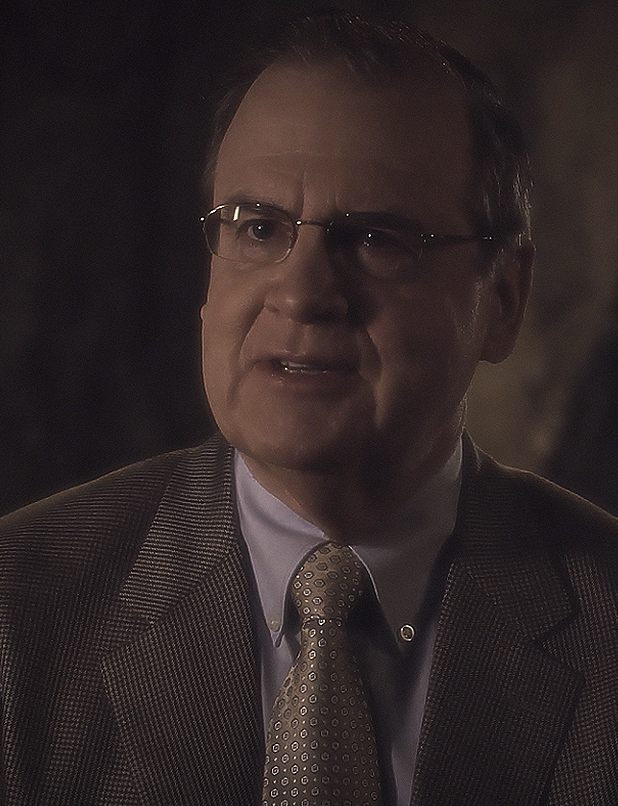 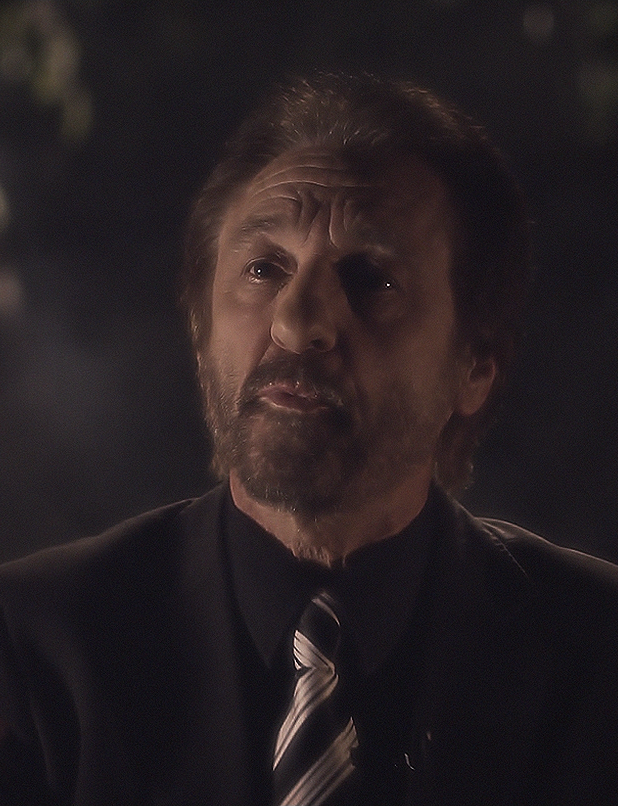 Founder of Living Waters, film producer, evangelist, and best-selling author of more than 80 books, New Zealander Ray Comfort serves on Christianity’s front lines defending the Bible and evangelizing worldwide with his booklet “The Atheist Test” selling more than a million copies. He co-hosts an award-winning television program with actor Kirk Cameron, blogs daily to hundreds of atheists at “Atheist Central,” has debated atheistic evolution on ABC’s Nightline and BBC and was a platform speaker at an annual American Atheists, Inc. Convention. His ministry’s YouTube channel has more than 32 million views. Ray lives with his wife, Sue, in Southern California where they have three grown children and eight grandchildren.

Dr. Andrew J. Fabich, a native of Ohio, earned his Bachelor of Science with honors from Ohio State University in molecular genetics and a Ph.D. from the University of Oklahoma in microbiology. Dr. Fabich has taught at several universities and is currently teaching at Truett McConnell University as an Associate Professor of Microbiology. His area of expertise and a continuing active area of research for him is E. coli in the mammalian intestine. Besides publishing in the secular scientific literature, he has written for Answers in Genesis and Reasons for Hope. Dr. Fabich enjoys his coffee and doing creation-based research for publications or giving talks. He is married to Angela and they have four children. 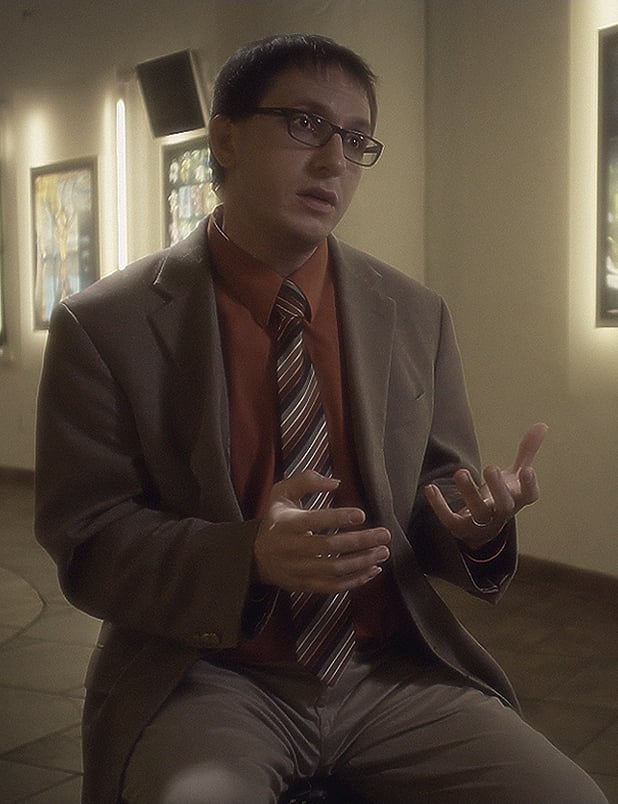 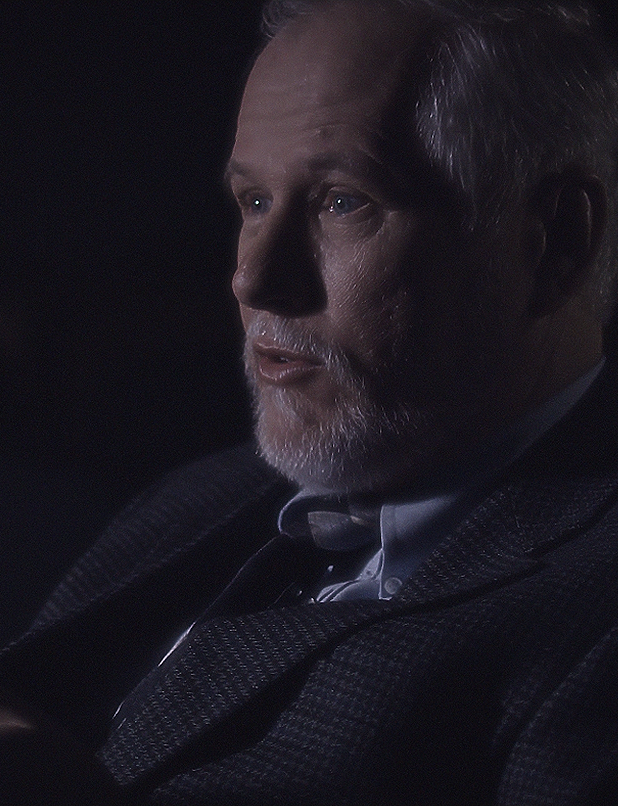 Dr. Danny R. Faulkner holds a B.S. (Math), M.S. (Physics), M.A. and Ph.D. (Astronomy, Indiana University). For over 25 years he taught physics and astronomy at the University of South Carolina Lancaster serving as Chair of its Division of Math, Science, Nursing, and Public Health from 2009 – 2012. Dr. Faulkner retired as a full professor and now holds the title of Distinguished Professor Emeritus and has published more than a hundred papers in various astronomy and astrophysics journals. He now serves as a researcher, author, and speaker for Answers in Genesis. Two previous appearances in major creation films, Journeys to the Edge of Creation, and Is Genesis History? make him a star in his own field of studying them.

The founder and president of Answers in Genesis-US, the highly acclaimed Creation Museum (2.7 million guests), and the world-renowned Ark Encounter (with over 300,000 visitors in the first ten weeks), Ken Ham is one of the most in-demand Christian speakers in North America, as well as a prolific, best-selling author. His debate with Bill Nye attracted an estimated 15 million viewers and he is heard daily on national radio. Ken’s bachelor’s degree in applied science with an emphasis on environmental biology was awarded by the Queensland Institute of Technology in Australia and he has been awarded five honorary doctorate degrees. If you didn’t notice, he has an Australian accent, which makes him one of the most charming blokes around. Ken and his wife, Mally, reside in the Cincinnati area and have 5 children and 16 grandchildren. 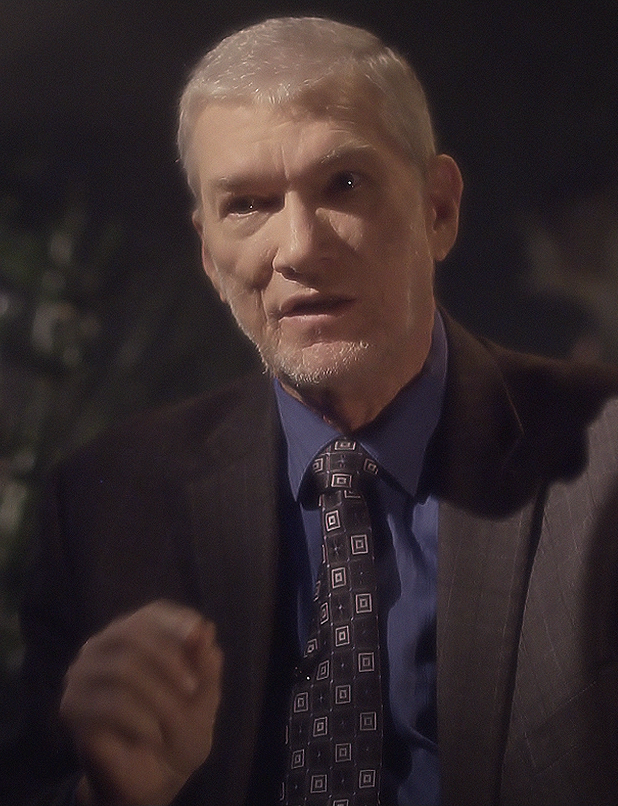 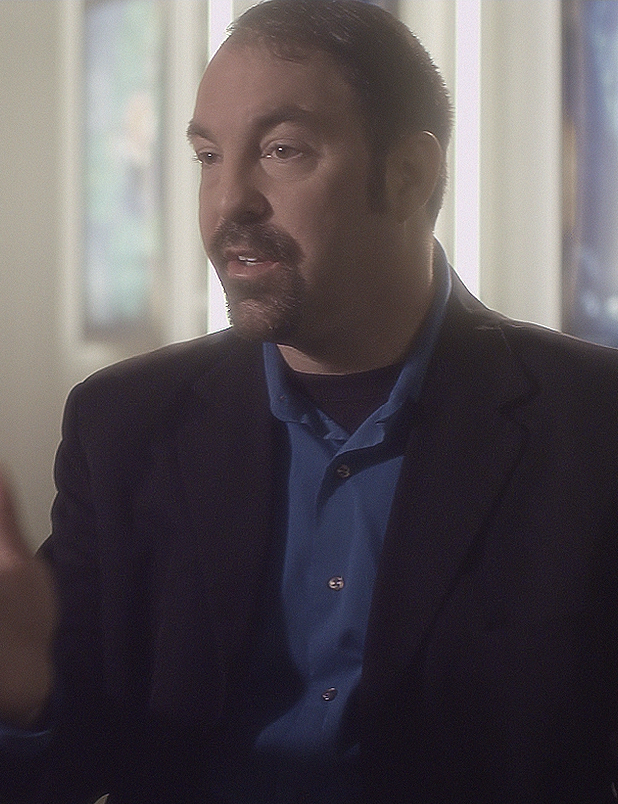 Speaker, writer, and researcher for Answers in Genesis, Bodie Hodge earned his master’s degree in mechanical engineering from Southern Illinois University at Carbondale. He conducted his master’s degree research through a grant from Lockheed Martin and developed a new production method for Submicron Titanium Diboride making it cheaper, faster, and of higher quality—an essential technology for some nanotechnologies. Authoring over 30 books, his prolific pen speaks well of his thorough research in both science and theology and his success intertwining and communicating them well. He and his wife Renee, (daughter of Ken Ham) were married in 2004 and have three daughters and one son.

Pastor Chad Hovind is an educator, dynamic business communicator, marriage instructor, creative teacher, and acclaimed author of Godonomics: The Biblical Case for Free Market Capitalism and Fast Track Bible; a creative, fast-paced summary of the entire Bible. Chad’s been a featured speaker at a variety of international and national speaking venues with CBMC, WillowCreek, and various business and church training conferences.

Graduating from Moody Theological Seminary in Chicago, Hovind majored in pastoral ministry and radio and television communication. His creativity and passion can be seen in many forms including his new TV show, Fast Track with Chad Hovind launching Fall of 2017. Chad and his wife Beth and three children have served in the pastorate at three high-impact, mega churches within the Willowcreek Association. 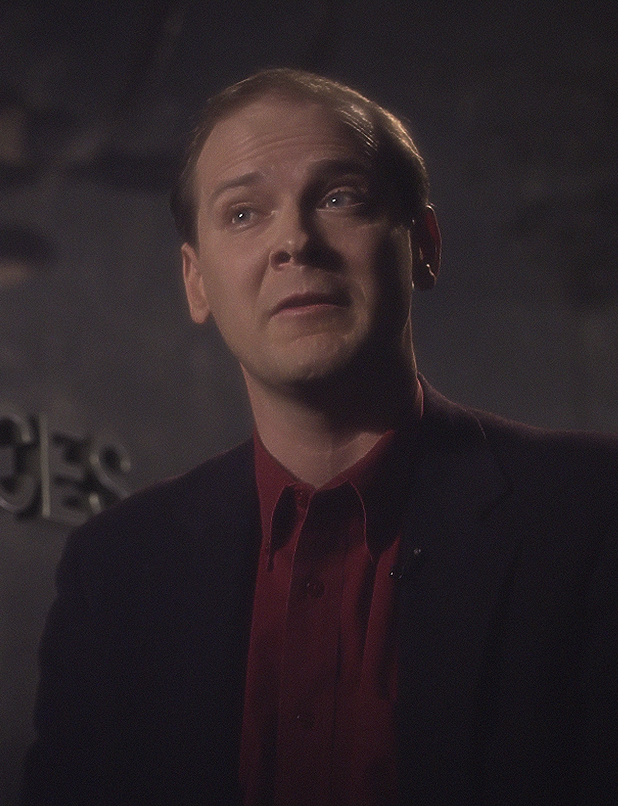 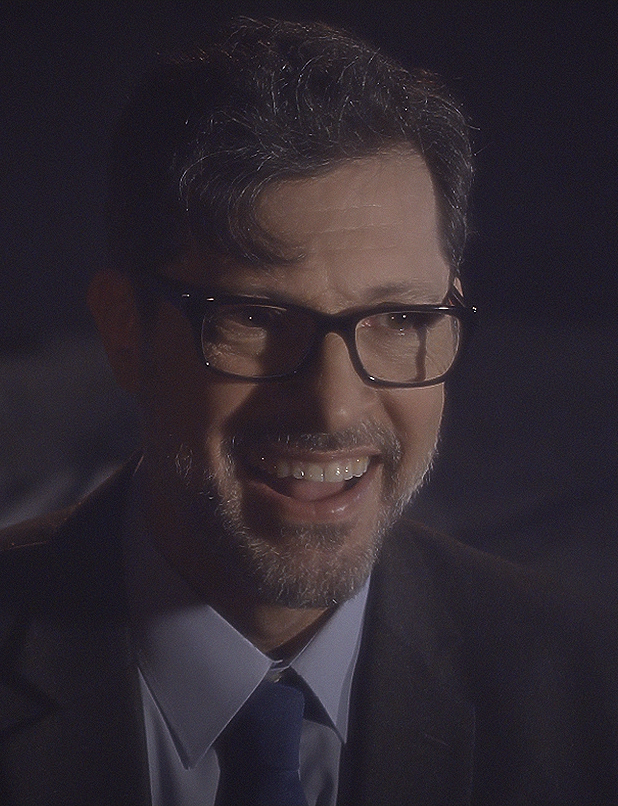 Dr. Charles Jackson, affectionately known as Dr. J, received a BS (Biology), MS (Science Ed.) and MS (Environmental Bio.) from George Mason University, and an EdD (Science Ed.) from University of Virginia. Dr. J is also a life time member of Mensa and the Creation Research Society. Teaching all the sciences from biology to chemistry for over 20 years, his education experience prepared him well for his work speaking and debating in creation science. He has addressed literally thousands as keynote conference speaker both in the U.S. and internationally. Currently serving as a Professor for Liberty University and an Instructor at Grace Christian School in Virginia, Dr. Jackson emphasizes the literal interpretation of the Scriptural account of creation as being both scientifically and historically true, and indeed eminently superior compared to secular sources referencing these topics. Dr. J and his wife, Bonnie, reside in the Shenandoah Valley in Virginia.

Dr. Jeremy Lyon earned a B.A. in Religion from Carson-Newman College, a M.Div. in Advanced Biblical Studies and Biblical Languages, and a Ph.D. in Old Testament from Southeastern Baptist Theological Seminary. Since 2011, Dr. Lyon has served as an adjunct instructor for Liberty University’s School of Religion Online. From 2012 to 2014, he was employed as full-time Professor of Old Testament at Southern California Seminary, where he developed a graduate-level apologetics concentration and also founded the Center for Creation Studies. Dr. Lyon joined Logos Research Associates as a Research Associate in 2014, and also became an Associate Professor of Old Testament and Hebrew at Truett McConnell University. Dr. Lyon published his first book in 2015—Qumran Interpretation of the Genesis Flood. 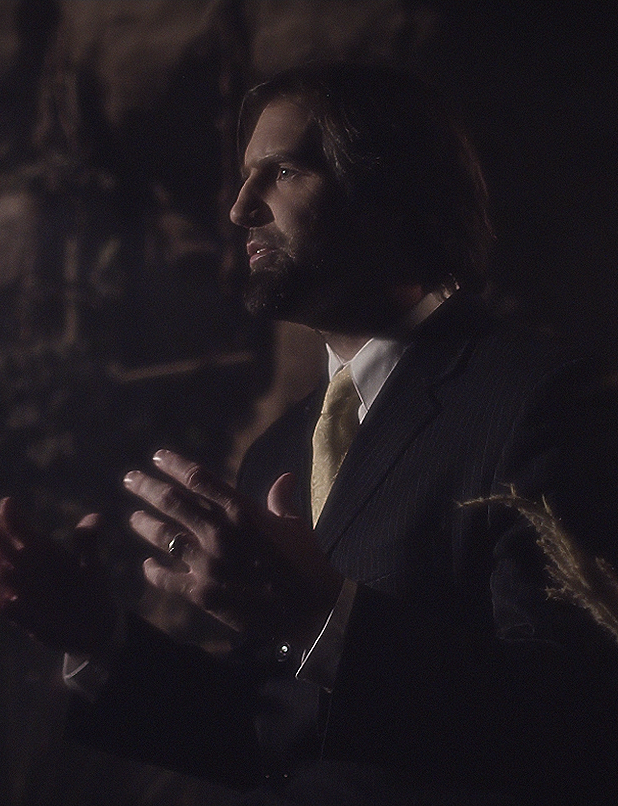 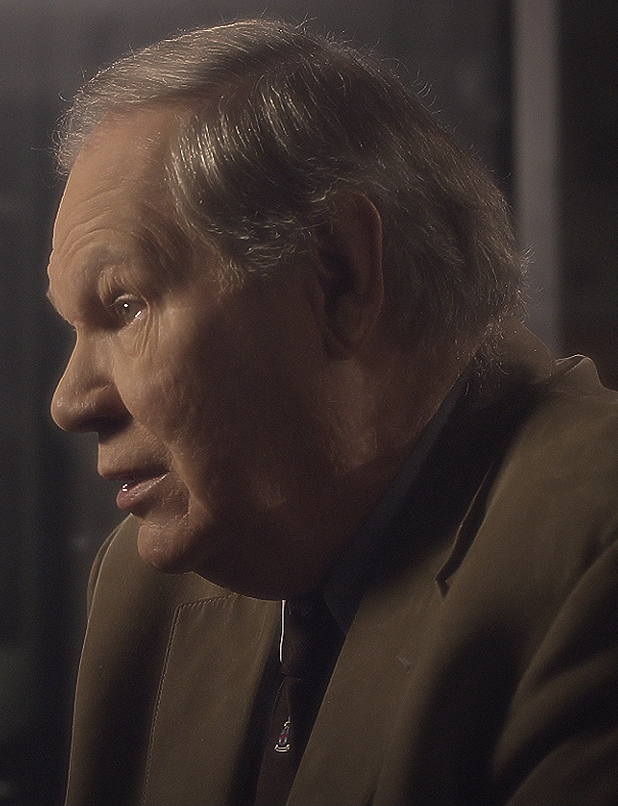 Dr. David Menton received his Ph.D. in Cell Biology from Brown University, Providence, Rhode Island; and his B.A. in Cell Biology from Mankato State University, Mankato, Minnesota. As a former Biomedical Research Technician for Mayo Clinic, and as a highly decorated Distinguished Associate Professor Emeritus of Anatomy at Washington University School of Medicine, St. Louis Missouri, Dr. Menton remains a member of the American Association of Anatomists and Sigma Xi. Currently he serves as Creationist Anatomist, Researcher, and International Lecturer for Answers in Genesis in Hebron, Kentucky seeing audiences of all ages enjoy his well-illustrated and often humorous presentations on a variety of fascinating scientific topics.

As a scientist, physician, and father, Dr. Mitchell has a passion for the truth of God’s Word. Dr. Mitchell attended Vanderbilt University School of Medicine, where he received his medical degree in 1984. His residency at Vanderbilt University Affiliated Hospitals was completed in 1987, and in 1991, he was elected a Fellow of the American College of Physicians (F.A.C.P.). As Board Certified in Internal Medicine, Mitchell had an active practice for over 20 years before pursuing his career speaking and writing in the field of creation science. He has been married to Elizabeth, herself a retired obstetrician, for 36 years, and they have three daughters. His hobbies include Martin guitars defeating his boss in cribbage at every opportunity. 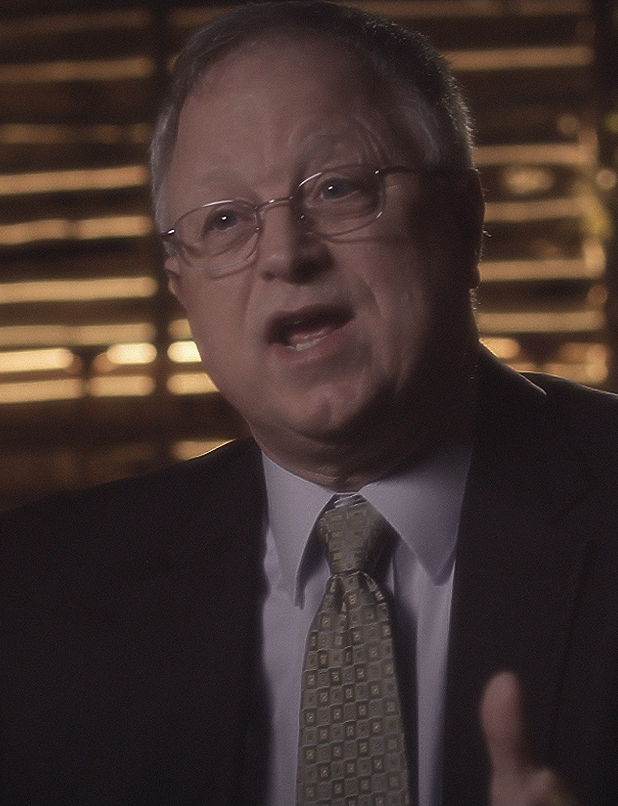 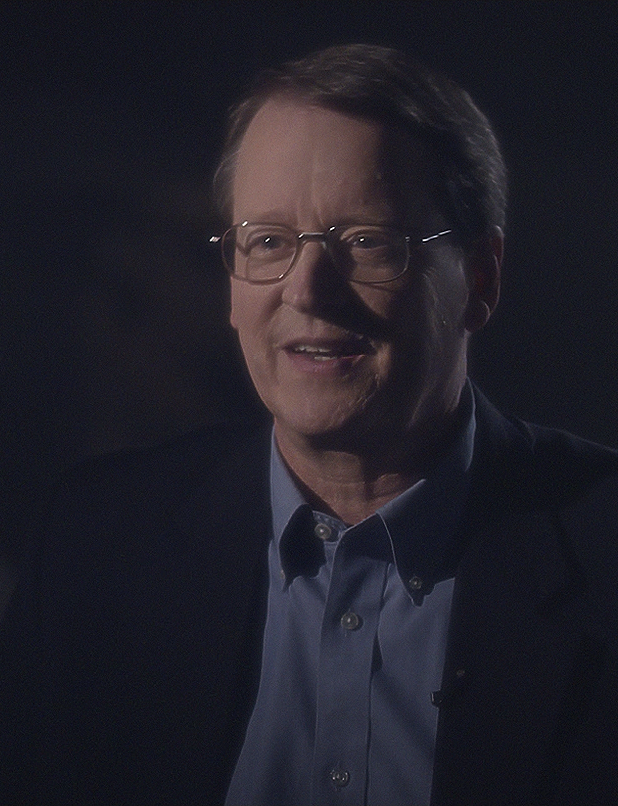 Dr. Terry Mortenson earned a BA in math (University of Minnesota), an MDiv (Trinity Evangelical Divinity School) and a PhD in history of geology (Coventry University). Since the late 1970s, he has lectured on the creation-evolution controversy in churches, schools, universities and seminaries in 25 countries, and he has engaged in 7 formal debates with PhD evolutionary scientists in 4 countries. Before joining Answers in Genesis in 2001, he served for 26 years in university ministry in the US and Eastern Europe with Campus Crusade for Christ. He has written many articles and books, including The Great Turning Point: the Church’s Catastrophic Mistake on Geology—Before Darwin, and has edited and contributed to Coming to Grips with Genesis: Biblical Authority and the Age of the Earth and Searching for Adam: Genesis & the Truth about Man’s Origin. He married Margie in 1976, and they have 8 children and 13 grandchildren.

Dr. Georgia Purdom holds a Ph.D. in Molecular Genetics from Ohio State University. She formerly served as Associate Professor of Biology at Mt. Vernon Nazarene University and currently serves as speaker, writer, Ministry Content Administrator, and Chair of the Editorial Review Board for Answers in Genesis. Her specialty is cellular and molecular biology and she has published papers in the Journal of Neuroscience, Journal of Bone and Mineral Research, Journal of Leukocyte Biology, and Answers Research Journal. Dr. Purdom’s ongoing research continues making significant contributions to the academic world and her published papers have been presented to the International Creation Conference. She and husband, Chris, were married in 1997 and have one daughter Elizabeth whom they adopted from China. They enjoy living on their farm in Indiana. 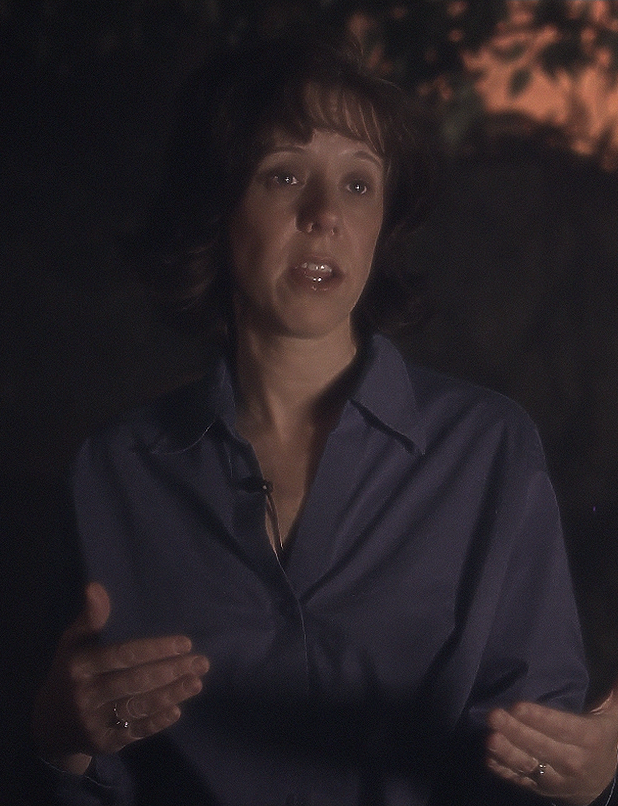 BE THE FIRST TO SEE NEW RELEASES

Be the first to hear about new, cutting-edge related projects and updates like the launch date of the exciting professional SPANISH voice-over (a half billion people), more translations, and new releases.

*WE WILL NOT SELL OR SHARE YOUR INFORMATION TO THIRD-PARTIES